Neural Network Console provides basic loss functions such as SquaredError, BinaryCrossEntropy, and CategoricalCrossEntropy, as layers.
However, depending on the problem, there are many cases in which you need to optimize using original loss functions.

This tutorial explains how to define your own loss functions that are not available in Neural Network Console and use them in training.

1. Which value is handled as loss?

Neural Network Console takes the average of the output values in each final layer for the specified network under Optimizer on the CONFIG tab and then uses the sum of those values to be the loss to be minimized.

For example, the training behavior is completely the same for network A below, which has multiple final layers, and network B, which takes the average of the output values in the each final layer and takes the sum of those values to yield a single output. 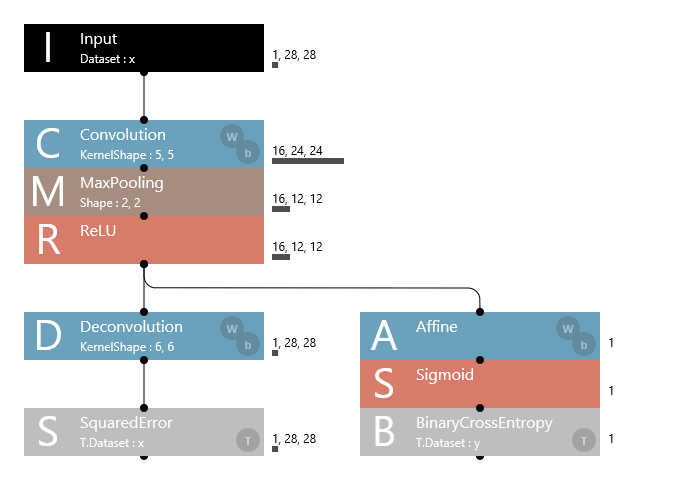 By using this scheme and designing a network so that the loss value appears at the end of the network, you can handle a variety of original loss functions. 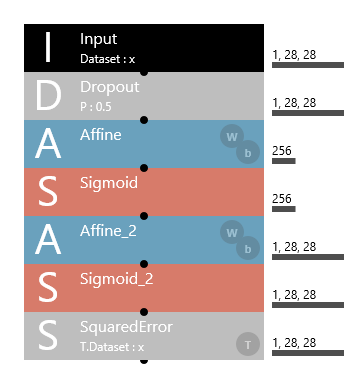 As expressed by the following formula, the squared error loss function calculates the square of each element for two inputs.

Based on this formula, we will define our original loss function using Math, Arithmetic, and other layers. In 06_auto_encoder, x(0) is the reconstructed image, and x(1) is the input image, so we can express the squared error as follows. 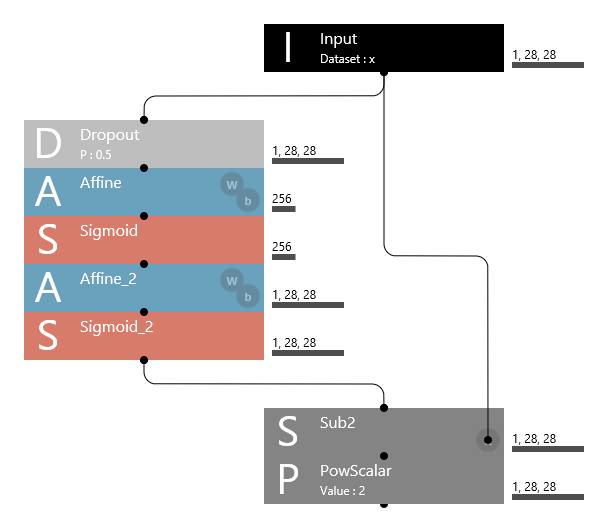 In this way, Neural Network Console allows you to use various loss functions in addition to those already available by defining formulas using Math, Arithmetic, and other layers.

When you define your own loss function, you may need to manually define an inference network.