Tutorial. Using vectors or matrices as input to the neural network

How to input vectors (entering directly in a dataset CSV file)

You can directly enter vectors in dataset CSV files of Neural Network Console.

For example, to use a five-dimensional vector, create five rows, x__0 to x__4 (variable name x, double underscores, vector element index 0 to 4), as shown below, and enter the element values in the cells.

Example: Dataset CSV where x is a five-dimensional vector

Data prepared as vectors can be input to the neural network by inserting an input layer with its size set to the number of vector elements when the network structure is designed.

In such a case, you can use another method in which a CSV file is created for each data sample (a vector is expressed as a one-column matrix). This is explained later.

This section explains how to create a CSV file in which matrix data is written for each data sample. As an example for explanation, let’s look at a case in which acceleration sensor signals expressed by three-axis (XYZ) acceleration × 16 samples are input into a neural network. 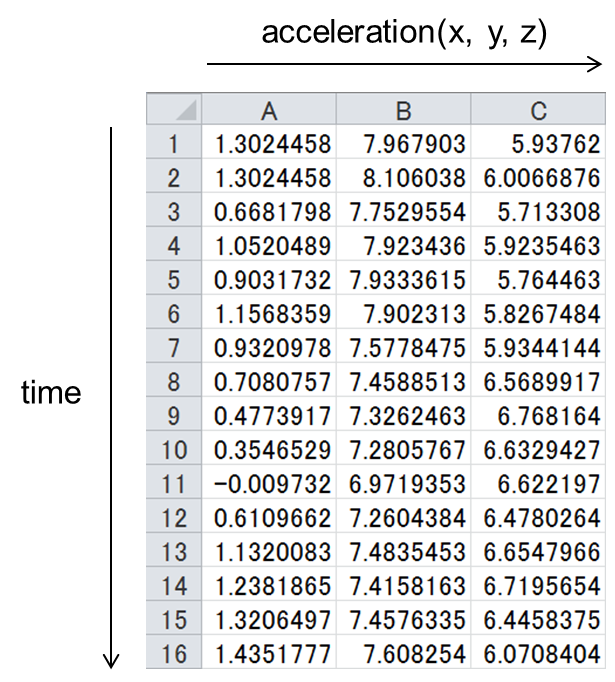 Example of a data CSV file 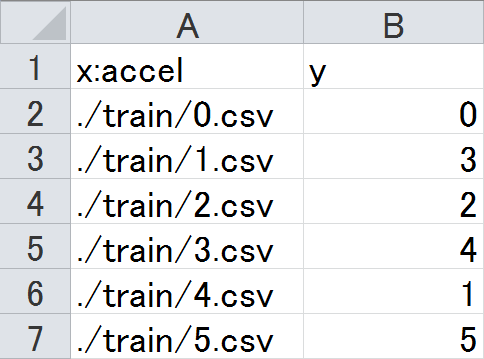 Files such as ./train/0.csv are the individual data CSV files that we created earlier. Data prepared as matrices can be input to the neural network by inserting an input layer with its size set to the number of rows and columns when the network structure is designed. In this example, the size is 16,3 because there are 16 rows and 3 columns. 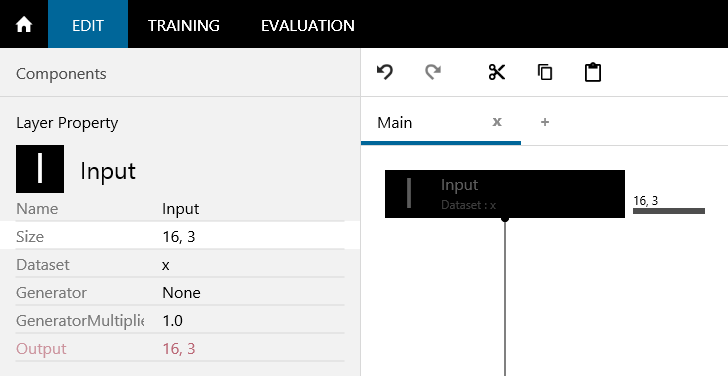 Using an input layer with size set to 16,3 to input matrices with 16 rows and 3 columns